The Following was written by Jeff Cunningham, at one of the last AA meetings that he attended prior to his passing away due to cancer roughly a month later. Jeff was quite instrumental in the early days of the “Westside Agnostics” meetings.

Before we start today, I'd like to ask that you indulge me for a few minutes to impart a bit of group history, which of course does not exist in written form.

We are upon our second anniversary. Our first documented meeting was January 25, 2014, but I believe our actual first meeting was a week earlier, January 18, 2014. I was elected secretary at the first meeting.

However, the credit for doing the legwork to start the meeting goes to Emily Valdez and Ryan Broadhurst, who found the venue, day and time - critical steps! Emily moved in 2015 to take a job in San Diego, and Ryan we haven't heard from since around February 2014. I have no idea what became of him.

They recruited attendees - me included - from the mother ship, We Agnostics on Sunday morning in Cleveland Heights, to attend the first meeting. With the support for many, many months from a dozen or so folks from the east side, we were able to build the meeting we enjoy today. Our weekly attendance of 40ish is larger than many well established, long-term meetings in Cleveland. Only two original members are in the room today: me and Campbell.

Our topic Wednesday reminded me that this meeting had two important principles accepted by the first group conscience to define our purpose:

I had a desperate desire - yes, I admit that I tried to impose my will - to get an agnostic meeting listed in the book as quickly as possible. A meeting where others suffering as I had suffered could find refuge in the storm. A suggestion was made that we use an alternative 12 Steps without the references to god. To get listed it was critical that we be an AA meeting - no deviations or other purposes. An operating committee member was required to attend one of our meetings. Deviating from official AA literature was not acceptable. The group opted to use standard AA literature. Our meeting started in January 2014; we were listed in the December 2014 book.

The second was equally as important to me. I had been tormented by the religiosity heard in most AA meetings, certainly the ones I attended in the western WASP burbs. I always felt like I was in a church prayer group with all the "here's what god did for me today" comments. So I was trying to escape the pressure to pray and get god. I didn't want to turn around and create a meeting where Christians would be as repulsed at god-bashing as I had been at the pressure to get god. The group conscience accepted that principle also - that we would not be a godbashing meeting. While occasionally our topics stray into that territory, for the most part we have avoided it. I'm very uncomfortable when we do because I don't want to drive anyone away.

Our purpose as a meeting is to discuss how to get and stay sober based on working the 12 steps of Alcoholics Anonymous, particularly the action steps that drive the personality change sufficient to bring about recovery from alcoholism - steps 4-7, maybe 8-9, and 10. Carl Jung talked to Roland Hazard about the most desperate cases requiring a profound mental change, a psychic change, to achieve recovery. Some of his examples were from William James, who also referred to slow, educational changes over time to achieve the same purpose.

So our group purpose is to help each other achieve and maintain that personality change, not to debate theological concepts. Regardless of what god we may or may not pray to, or how hard we may or may not pray, we aren't going to get and stay sober until we undergo that personality change. If praying and getting god were enough, we wouldn't have priests and clergy in the program.

Bill made this pretty clear in two very subtle phrases - three, actually - in two paragraphs of We Agnostics: bottom of pages 46 and 50. While espousing the wonderful things that happened once we had accepted god, he subtly states "provided we did certain simple things." Those certain simple things are the action steps of the program that drive the personality change sufficient to bring about recovery from alcoholism.

Regardless of what we were or are as a meeting today, that can be changed with a simple group conscience. I just didn't want that history to be lost. Thanks for listening. I'll now turn the meeting over to Don, our official substitute secretary. 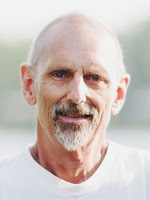 Please Try to keep comments relevant to the topic.
Spam, Divisive or confrontational comments are subject to removal.

Comments
View on Tablet or Phone