Here’s a short list of like minded AA meetings in the Cleveland, Ohio area.  If you know of a like minded meeting that ought to be added to this list, we’ll be happy to add it.

He brought to his home group a ton of common sense. Helped keep things focused on what was important, guiding the Westside Agnostic group to be an AA meeting that ANYONE and EVERYONE should feel welcome. Period.  That the only requirement to be an AA Member is simply a desire not to drink. That's it.

I think that Jeff knew that if things were kept simple, we as a group could be the most help. To help widen the gateway, and keep the gateway open. For myself and those to follow.

From AA Comes of Age (1957) Bill W. wrote: "...this was the great contribution of our atheists and agnostics. They had widened our gateway so that all who suffer might pass through, regardless of their belief or lack of belief." 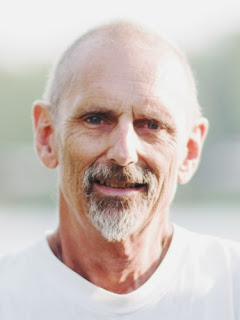 JEFFREY THOMAS CUNNINGHAM, of Lakewood, passed away on February 8, 2016 after a long and brave battle with cancer. He was the father of three beloved daughters - Emily Millay Cunningham, Sophie Katherine Cunningham and Anna Louise Cunningham - and is also survived by their mother, Deborah Cunningham along with partner, Heather Madden and a sister, Kelly Lance of Dayton. He was preceded in death by his parents, John and Margaret (Looney) Cunningham of Akron, Ohio and his sister, Rebecca Cerio of Franklin, Tennessee. Born in Akron, OH on February 2, 1953, he graduated from Akron University with a B.S. in Accounting, and from Case Western Weatherhead School of Management with an MBA in Banking and Finance. He began his career at Comshare and moved to Ernst & Young. Later, he enjoyed a long career as a consultant with SAP. He also worked for Oracle, IBM, and Forte Industries. A transformational figure in the Cleveland area recovery community, his dedication and inspiration have helped many. He was also actively involved in the Cleveland AA Central Office and led weekly groups at two men's recovery houses, the Lantern and Sobriety in Motion. Family and friends are welcome at SLONE & CO. FUNERAL DIRECTORS, 13115 LORAIN AVENUE, CLEVELAND, ON FRIDAY, FEBRUARY 12 FROM 6-8 P.M. where concluding services will be held at 8 p.m. In lieu of flowers, the family asks that donations be made to the Alcoholics Anonymous Cleveland District Office, 1701 E. 12th Street, Suite 20, Cleveland, OH 44114. Interment Lake View Cemetery.

And for some reason, this song, "Unsteady" seems to make me think of Jeff

All Comments
View on Tablet or Phone